Our sixth competitor is none other than Microsoft and its platform Azure DevOps .

In this article, we’ll look at the Pipeline part: Azure Pipelines!

With Microsoft’s shift to the OpenSource world, Azure DevOps is also taking advantage of this shift, enabling pipelines to connect to all known tools on the market and compiling all types of applications such as .Net, Java, Python or NodeJS.

By default, the most common snippets are offered (compile, script, bash, powershell, publish tests, publish artifacts, etc …). Additional snippets are available as a catalog in the Azure DevOps Marketplace (https://marketplace.visualstudio.com/azuredevops), adding a wealth of tools and features.

The pipeline function of Azure DevOps works as a descriptor in YAML format. The configuration is stored in the project in an azure-pipelines.yml file.

At the framework level, Azure DevOps is similar to the other tools: a pipeline is composed of `JOB`, grouping executions of tasks in` STEPS`. For sequences, a `JOB` declares dependencies, conditions as well as parallelism between the tasks. A ` JOB ` runs on an Agent according to the VM Pool available in Azure and can execute all the tasks in a Docker container.

The workspace is common for all tasks in a `JOB` to simplify file exchanges (tests, artifacts, etc.). Then the data passing between “ JOB `is done by publishing to an Artefact repository.

It should be noted that Azure DevOps is still in full development and many features are still being worked or non-functional.

Azure DevOps is available in SaaS with the Microsoft / Azure platform and does not exist in On-Premise.

An Azure account is required to log in to the Azure DevOps platform , then create a project and drop the code into the project repository. 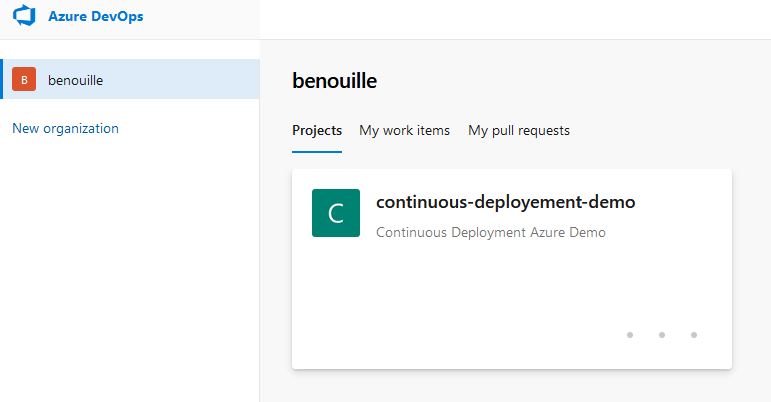 Adding source code in the repository 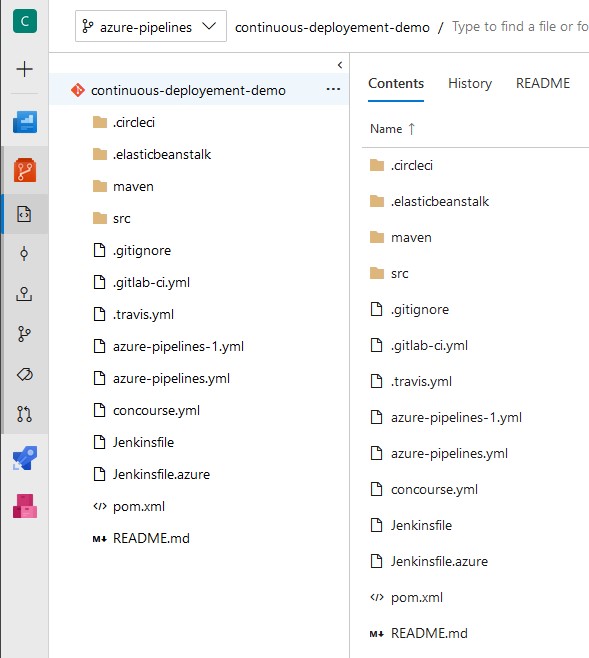 Creating the pipeline from an Azure Repos Git repository 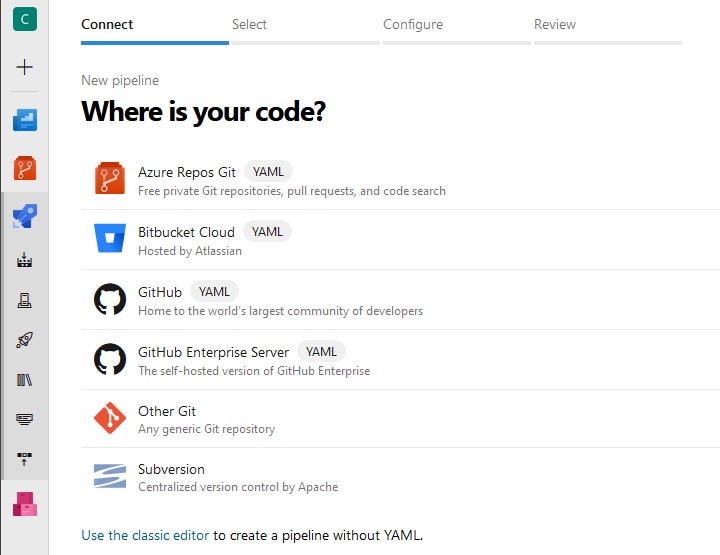 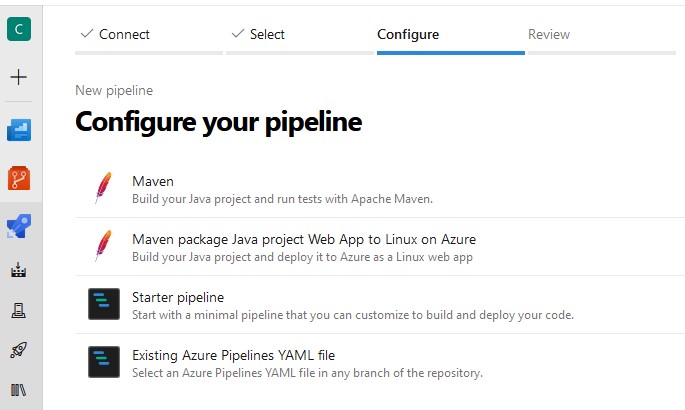 This step adds an azure-pipelines.yml file to the root of your repository and each time the backup runs!

In order to deploy the application in AWS, it is necessary to add in the environment variables of the project, the credential configuration to AWS. In the pipeline edition, select the `Variables` menu and add the keys AWS_ACCESS_KEY_ID and AWS_SECRET_ACCESS_KEY with your configurations to AWS, ticking` Keep this value secret` to not never transmit the values in the logs.

The pipeline encoded in this article contains two `JOB`,` Build` and `Deploy`:

The complete example is detailed below, just replace your .azure-pipelines.yml pipeline with the following content:

As soon as the .azure-pipelines.yml file is added to the project, the Pipelines menu displays the pipeline run and logs to see the progress of the steps in the project. pipeline.

Azure DevOps offers a solution all includes really effective to manage the development cycle of an application.

It provides easy editing of the pipeline through interactive mode and code mode.

It integrates a lot of “built-in” tasks and offers a catalog of impressive add-ons.

It is available only in “Cloud” mode that can block an integration with “on-premises” repositories.